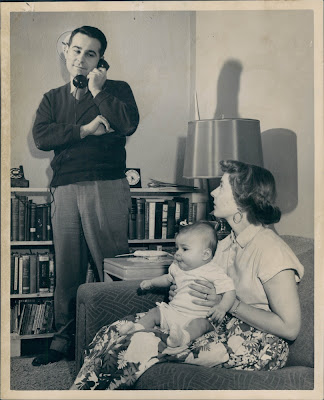 Milo Radulovich was discharged from the Air Force Reserve presumably because some members of his family had Communist sympathies. He was given the opportunity to resign but refused and requested a hearing. During the hearing, the prosecution waved around a sealed manila envelope claiming there was evidence in it but it was never opened. Though Radulovich was severed from the Air Force, the lieutenant’s loyalty was never questioned.

The case came to the attention of Murrow’s producer, Fred Friendly, and Murrow through an article in the Detroit Press. The duo searched for a story to illustrate the dangers of McCarthyism. Not only were the witch hunts affecting the military, Hollywood, government, and academia, this case proved that the average guy can be targeted.

The entire case was based on Radulovich’s father and sister. Emigrants from Serbia, his father subscribed to several Serbian newspapers, one of which was classified as Communist by the US government. In addition his sister was labeled a sympathizer because she supported so called liberal causes though she declared she had no political sympathies.

Murrow and Friendly had a crew film interview Radulovich, his family, and his attorneys. The impassioned interviews made an impression on the country. Thousands of letters poured into CBS in support of Radulovich (even though CBS was reluctant to support the episode forcing Murrow and Friendly to purchase an ad in support of the show). This show lead directly to Murrow’s expose' on McCarthy.

Radulovich was reinstated but had a difficult time as a result of the accusations.
Milo Radulovich