Showing posts with the label Edward Murrow
Show all 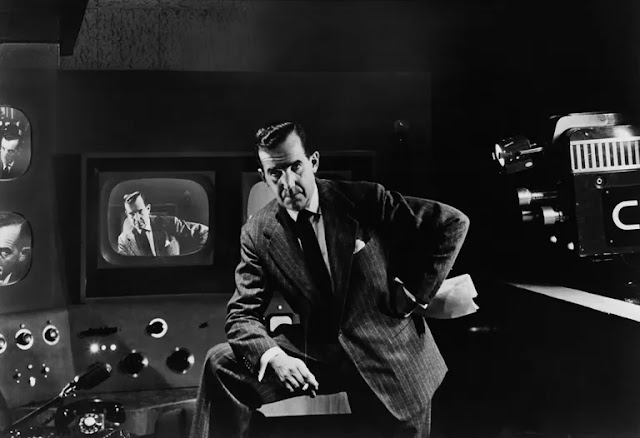 Newsman. It evokes a certain image. Often a war correspondent writing his observations from a foxhole or a man in a trench coat and fedora with a cigarette dangling from his lips as he writes at an old-fashioned typewriter. Edward R. Murrow was just such a newsman. He was there at the very beginning of World War Two, he was there for the beginning of the television, he was there for the beginning of huge societal changes. From humble beginnings to the heights of network news, Murrow was the epitome of the American Dream. He rubbed shoulders with presidents and with privates. He saw the horrors of war and words failed him. You can hear Murrow’s show, I Can Hear It Now, and much more on the Murrow Collection . It is a fascinating to look into history and the evolution of network news.
1 comment
Read more 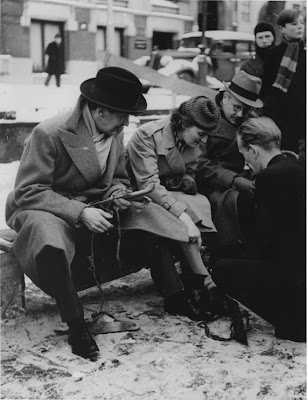 In 1937, CBS sent Murrow and his wife to Europe. CBS wanted to set up a network of reporters to provide first-hand observations of the changes in Europe. There was no network news at the time so there was no pattern to follow. Not only was there no pattern, Murrow had never been in the news business and never written a newspaper story. What he did know is how to organize people and work with people to get what he needed. In addition to setting up the reporting network, he was to schedule talks and set up interviews people with important people. But these interviews were for entertainment. News on the radio was limited to reading the news headlines on the hour by announcers. There was very little research and very little reporting on current events. His first hire was William L. Shirer , an American expatriate who worked all over Europe. Shirer’s hiring was Murrow’s first big test with the CBS brass. Shirer was no announcer, he was a newsman. The bosses back in New York thought hi
Post a Comment
Read more
More posts